By Willy Nevin of Pacifica

Here are a few pictures of Jaci and I on this past weekends tandem rally in Santa Cruz. The first 10 miles went by well except for a little chain suck problem. I just put some new Race Face cranks on and did not get a lot of time to test ride it. Luckily another couple stopped by to help as Jaci had a tough time holding up the bike while I worked on it. Her little hands might have come in handy to get into the tight areas. 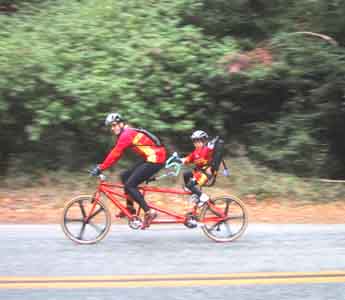 The second 10 miles was OK except when a four year old has to go potty there is only about 30 seconds of warning. Since we were out in the middle of nowhere, we eventually had to stop and just go in the bushes. I always have her in a pull-up just in case but this is the first time we could not find a real potty. After the potty stop I could definitely feel we were lighter and faster. Then Jaci got a little fussy, but nothing a tottsie-pop won't fix. The problem is she only wanted to eat half of it. She gave it back to me but didn't want me to eat it, only to hold it till later so I had to keep in in my mouth sideways like a rose. It didn't mater that I had another one for her later, I still was not allowed to eat it. For those of you who do not ride tandems the first rule is that the stoker is always right so I did not have a choice. 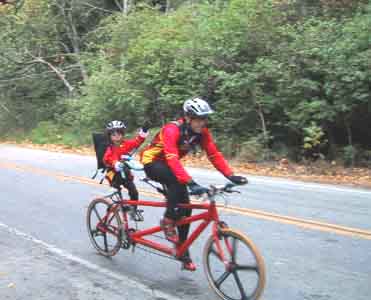 After 20 miles we hit the rest stop where we split a muffin and Jaci played with a little black kitty. We were going to take it back with us for the Bartifact contest but we didn't bring the triple and the extra weight would have really slowed us down. Not to mention the kitty claws embedded in my skull. 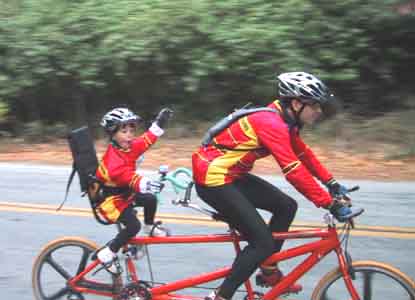 The final 15 miles Jaci sang the whole way back. She doesn't know 15 miles of songs so she and I just make them up on the fly. I think we have quite a few hits but we can't remember them by the time we get back. I love it when she sings but there are times when I (I mean we) are toughing it up a long hill when I don't think she should be so cheerful. Sometimes I don't think she is really giving me 110% up the hills. We stopped on the side of the road to pick a couple of apples since we were riding through apple country. We saw apples, pears, black berries, raspberries, horses, cows, pigs, goats, squirrels, chipmunks and we also had a deer bound next to us for a 100 yards. We had to slow down as we could see it was trying to get ahead of us to cross the road. It eventually outran us but only because we did not want to hit it since it was not wearing a helmet. 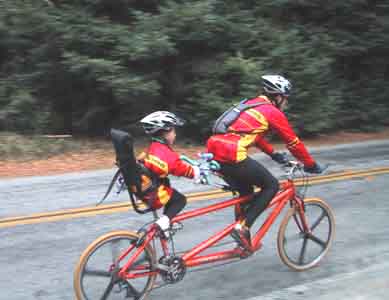 That evening there was a banquet where Jaci and I won the award for the lowest combined age of 45. The couple with the highest combined age was 135. In order for Jaci and I to beat that we will have to go to the 2047 BART Rally when Jaci will be 50 and I will be 87.

Update picture sent from Willy on 09/15/03 after having their third! 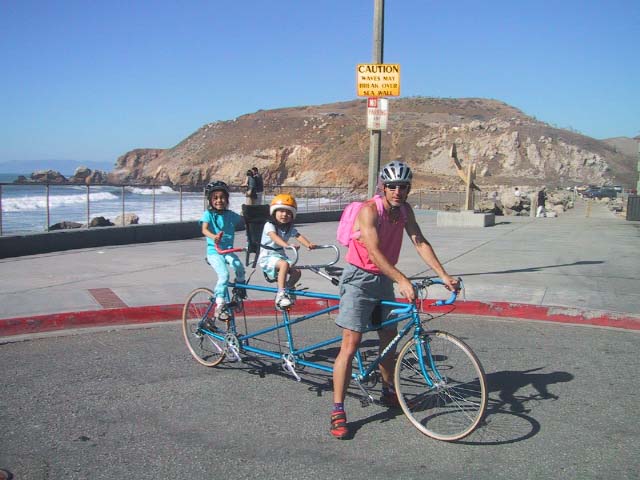